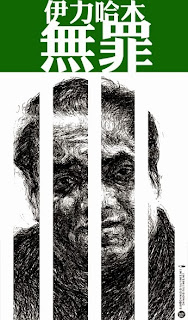 A prominent Uighur economist known for his criticism of the discrimination the predominantly Muslim ethnic group faces in China has been detained by the police, his wife said.
Ilham Tohti, a professor at Minzu University of China, was taken into custody when 30 to 40 police officers raided Mr. Tohti’s Beijing apartment on Wednesday afternoon, his wife, Guzaili Nu’er, said in a telephone interview.
Mr. Tohti’s mother, who went missing for several hours, was returned to the family apartment around 10:30 p.m. Wednesday, Ms. Nu’er said.
Ms. Nu’er said she returned home from work early Wednesday evening to find her husband and mother-in-law gone and police officers scouring their home. The officers removed several computers, flash drives, books, papers and even students’ assignments, she said. The couple’s two sons, ages 4 and 7, were forced to sit on a couch, and officers pushed them down when they tried to stand up during the six-hour search, she said.
“I asked the police, ‘Aren’t you humans?’” Ms. Nu’er said.
Over the past several years, Mr. Tohti, 44, has been one of a very few intellectuals willing to speak publicly about shortcomings in the Communist Party’s governance of the Uighur homeland of Xinjiang, a vast region in northwest China. He says Uighurs have enjoyed little of the fruits of Xinjiang’s strong economic growth, which fuels resentment.
The Chinese authorities are intolerant of dissent in regions with large minority populations like Xinjiang and Tibet, and activists are often accused of promoting separatist movements. Mr. Tohti has said, however, that he wants China to enforce its stated policies toward Xinjiang, which is nominally an autonomous region.
Mr. Tohti has been placed under house arrest before, but in recent months officials have placed increasing pressure on him and his family. In November, he said security agentsrammed his car and threatened to kill his wife and children.
“I’ve been monitored, kept under house arrest and followed by the police for many years, but I’ve never seen public security agents behave this way,” he said after that altercation. “To threaten children just isn’t human.”
That incident came days after an incident in which a Uighur man, his wife and his mother drove down a sidewalk near Tiananmen Square, hitting several pedestrians before their vehicle erupted in flames. The three people in the car and two bystanders were killed and 40 other people were injured. A security official later called it an attack linked to a terrorist organization.
Mr. Tohti said he feared the incident would be used to increase pressure on Uighurs. The security agents’ threats included a warning not to speak with foreign journalists, though the scholar said he refused to be cowed.
“I think the Xinjiang security apparatus has been trying to get at him for some time,” said Nicholas Bequelin, a Hong Kong-based senior researcher for Human Rights Watch. “He was somewhat protected by his status as a professor and living in Beijing and so on, but that evaporated in recent months as the line coming from the top became clearer. And he has very clearly refused to back down.”
A Foreign Ministry spokesman, Hong Lei, said at a regular news briefing on Thursday, “Ilham is suspected of breaking the law,” Reuters reported. “The public security organs have detained him in accordance with the law. The relevant departments will now deal with him in accordance with the law.”
Word of Mr. Tohti’s detention first appeared on a website he founded, Uighubiz.net, that closely monitors developments in Xinjiang. The website, which has been hosted overseas since it was blocked in China several years ago, went down on Wednesday after the notice of Mr. Tohti’s detention was published, although cached versions can still be viewed.
Ms. Tohti’s mother was walking near her son’s apartment on Wednesday when she was approached by two people from Xinjiang who took her to dinner at the region’s representative office in Beijing and would not let her leave until after 10 p.m., Ms. Nu’er said. Ms. Nu’er suspects they were government employees assigned to keep Mr. Tohti’s mother, who suffers from a heart ailment, out of the apartment during the police search.
In a 2010 interview with The New York Times, Mr. Tohti said his mother worried about his work leading him into conflict with the government. “She said she would have never allowed me to go to school if she knew I would turn out like this,” he said.
Mia Li contributed research.
張貼者： NCN 位於 1/17/2014 10:17:00 下午 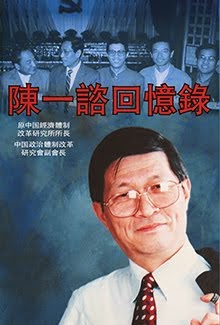