June 4 of this year is the 25th anniversary of the June 4 Massacre in
Beijing.  Many young people already do not what it was.  However, people
who are older than 40 will not forget.  The Chinese Communist Party has
not forgotten either.  Every year around this time, the Communist regime
is scared as if facing a major enemy.  In the last month, the regime has
stepped up repression against dissident and religious people, because of
the 25th anniversary of the June 4 Massacre.

Twenty-five years ago today, the Chinese people were vigorously conducting
a democracy movement. In response, it is also the time when Deng Xiaoping
and Li Peng mobilized the army to get ready to massacre the people.  At
that time, indeed the students and the people were really na?ve.  They
really believed that the People 's Liberation Army would not shoot at
Chinese people.  Tens of thousands of Beijing residents gathered in
Tiananmen Square and the streets trying to protect the students on
Tiananmen Square who were demanding democracy and anti-corruption.

In the early morning on June 4, the army moved into Beijing.  Tanks and
machine guns shot into the crowd on the streets and the square, resulting
in thousands of casualties of students and citizens.  Enraged citizens had
heroic resistance.  They threw stones and bottles at the tanks to conduct
a heroic yet hopeless struggle.  Blood was running on the streets and the
Square in rivers.  People all over China fell into grief and depression.

Who would say that the Chinese do not have a backbone and courage?  Look
at that single young man who stopped tanks from moving forward.  That
image has become an iconic image of the world's media, and has been used
repeatedly in a variety occasions for the past 25 years.  Look at people
who threw out stones and bottles without concern of their own safety, even
as they were facing tanks and machine guns.  How could anyone say that the
Chinese people are spineless?

There is a claim that it was not worth it for these young people, who were
not concerned of their own safety, that they were committing a silly
impulse.  I suspect that this claim is a rumor spread by the rulers in
order to soften people's spirit of resistance.  Rulers always hope people
are like little lambs ready to be slaughtered.  There are shameless
literati that help to distribute this kind of rumor in an effort to soften
people's backbone and courage.

Unfortunately, this effort of softening has been partially successful.
For example, in 1989, there were many parents who supported democracy and
anti-corruption, yet would prevent their own children from participating
in this movement.  These parents even locked up their children, fearing
that their children would be massacred.  It is easy to understand the
hearts of these parents.  However, the mentality of being unwilling to
bear their own social responsibility is exactly due to this effort of
softening.

Why do I think the victims of 1989 were not wasted?  In addition to their
heroic spirit that will always be an example to us all, the most important
thing is that they let people see the nature of this totalitarian regime.
After decades of brainwashing indoctrination by the Communists, most
people did not know how sinister the totalitarian regime is.  These people
really thought that the Communist regime loves the people and the army
really is the people's army.

The 1989 Massacre of gunfire and cannon was loud enough to arouse the
insensible.  It awakened most of the people who were immersed in the
phenomenon of false security.  Not only from theory, but also from living
reality, people learned that the Communist Party is not the party of the
people; it is an authoritarian party that belongs to a handful
bureaucratic bourgeoisie; that the army is not the people 's army, but the
Schutzstaffel manipulated by a handful of corrupt officials.

Just like people who were cheated for years, once the Chinese discover the
reality that they were deceived, they will find the way out in the future.
They will not continue believing the lies of the crooks.  The 1989
Massacre is the main reason that the Chinese people's thought has had a
major change in the past 25 years.  This deep change could not be reached
through any kind of propaganda.  Who would say the deaths of these 1989
heroes were not worth it?  Their blood is not wasted when they wake up 1.3
billion people.

The Communist regime has been defending itself by claiming that China
would be in chaos and people would be destitute if they had not clamped
down with blood.  This argument is really a fairy tale.  Would China be
chaotic if people demand democracy and anti-corruption?  There are many
democratic countries in this world.  Have we seen a country become chaotic
because of democracy?

Rather, we see democracy effectively curb corruption.  The so-called chaos
is really chaos to these corrupt officials of the dictatorship, leading
them to be unable to firmly exploit and oppress the people.  This is their
true agenda for their ??chaos theory.  And this kind of chaos would be
what the people wanted.  It is people's hope to get rid of oppression and
exploitation.  This hope was the purpose of those heroes whose blood was
shed on June 4, 1989.

There is another saying by the shameless literati who were bought by
corrupt officials and profiteers.  They claim that without the June 4
Massacre, there would not be the achieved economic development of the last
more than twenty years.  Jack Ma, the boss of Alibaba who is the person
rated as most wicked by netizens, is this kind of typical shameless
literati.  Observing from the consciousness of the netizens, we know that
there are very few people who believe these lies.

Regarding the past twenty years of economic development, the first credit
is due to the hard work of workers, peasants and business people, followed
by the opening of international trade.  More importantly, it was the
economic rules at work.  A backward country catching up with advanced
countries is bound to have faster growth than these explorers.  Some large
developing countries can achieve even more than forty percent growth.
Compared with that, China is relatively slow.

And these few major factors are not the credit of the Communist Party.  Do
we see these factors having anything to do with massacring people?  Saying
the June 4 Massacre brought economic development in China is really a
culmination of shamelessness.  It only shows that these literati who help
the Communist Party spread rumors have neither spines nor conscience.  But
by no means does this mean the Chinese people are spineless or without
conscience.

If the people in 1989 were not very clear about their goals, and did not
add enough power to the democracy movement, then people in China now have
very clear goals of democracy and freedom.  The propaganda to deceive
issued by the shameless literati has become increasingly ineffective.
Most people with breadth of vision within the Communist Party are also
demanding louder for political reform. 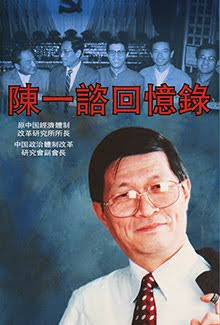 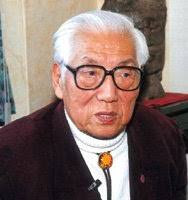 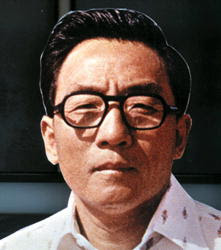